Rihanna’s newest single, “Work” invokes several motifs from the R&B princess’s career: Drake collaborations, topless photoshoots, and dancehall anthems. Despite the nostalgia of past career moves, “Work” is being touted as the “first” single off of the bad gal’s highly-anticipated album, Anti. It seems Rihanna’s 2015 roster of eclectic singles—the Kanye West/Paul McCartney product “FourFiveSeconds,” ; the trap track, “Bitch Better Have My Money,”; and protest slump, “American Oxygen,”—have been shrugged off as mere promotional singles following the announcement of West’s resignation from his role as Anti’s executive producer.

Tapping into the Caribbean feel of Rihanna’s debut, Music of the Sun, “Work” nevertheless reflects more recent nuances from Rihanna’s catalog. Rihanna’s vocals are tinged with a grittiness absent from Sun and it’s 2006 follow-up, A Girl Like Me; Fenty’s slight rasp colors the erratic verses with a sensuality that trumps the monotony of a nearly incoherent chorus. Furthermore, the heavy autotune used on Drake contribution does nothing to bolster the, otherwise, pristine production. Even Rihanna’s unique mezzo-soprano has been touched up, with the outro showcasing obvious “enhancements.”

Musically, the song relies on an alternating synth-bass line that fuels the characteristic syncopation that has become a trademark feature of contemporary “digital dancehall” hits (see Mr. Vegas and Elephant Man). When dubbed with steel drums strikes and three-note synth leads, the result is a moody, almost retro groove able to heavy the winding melodies of the verse and chorus.

With a three-year hiatus between albums, Rihanna’s decision to announce another comeback with a single titled “Work” rings with an undeniable insincerity. Even so, Rihanna’s conscious return to her roots may very well be the song’s most redefining attribute. In a year flooded with tropical house from the likes of Justin Bieber, we gladly embrace Rihanna’s reclamation of her Barbadian beginnings.

Sia’s upcoming LP, This Is Acting, collects a handful of shelved songs from the Australian songwriter’s undoubtedly massive archive. Although the 12 tracks (14 tracks if you snatch up the Target Exclusive Version) were returned by the likes of Adele, Beyonce, and Shakira, Sia nevertheless feels the compilation consists entirely of unrecognized hits.

The fun, yet ominous “Reaper,” proves to be one of the most promising of five singles released on iTunes so far . Cowritten and produced with Kanye West for Rihanna’s elusive Anti project, the promotional single is a bass-driven slice of charming pop radio. The upbeat, rhythmic production, however, juxtaposes with Sia’s despondent lyrics, with proclamations such as “So come back when I’m good to go/I got drinks to drink, and men to hold/I got good things to do with my life” meant to ward off an early Death.

While the track will undoubtedly appeal to fans of Sia’s 2014 release, 1,000 Forms Of Fear, the award-winning songwriter revealed her own indifference to the song in a recent Rolling Stone interview.  Sia herself preferred “One Million Bullets” and the Beyonce-outtake,”Footprints,”to the sinister “Reaper,” which was only included on the final tracklist of Acting after her manager’s insistence.

Sure, “Reaper” is no “Chandelier” or “Alive.” However, as pickings from the cutting room floor of one of contemporary pop’s most pervasive songsmiths, the track showcases the flexibility that allowed Sia to transition from indie songstress to pop’s most in-demand writers.

Sia’s This Is Acting hits shelves on January 29th.

After the lead single from Rihanna’s untitled 8th album, “FourFiveSeconds,” proved an uncharacteristic smash for the R&B chart topper, fans and critics alike proposed Rihanna had finally ditched the club anthems. With the controversial, “Bitch Better Have My Money,” however, the Rihanna Navy saw the return of their urban diva.

The trap single features hoarse, aggressive vocals and addictive drum fills that sound like outtakes from producer Kanye West’s Yeezus sessions. Between “machine gun ad-libs” and thin synth lines, the cut relies on Rihanna’s combative, yet rousing performance. The lyrics leave much open to interpretation, especially after considering the risque line, “Your wife in the back seat of my brand-new, foreign car/Don’t act like you forgot, I call the shots!”

Just days before the single’s rushed release, Rihanna told media outlets that she aimed to make “timeless music” that would still appeal to audiences 15 years later. The release of “BBHMM”, however, fell short of these ambitions. Toeing in line with previous singles such as Loud‘s “Man Down” and Unapologetic‘s “Pour It Up,” “BBHMM” lacks the hooks that jettisoned trademark singles such as “We Found Love” and “Only Girl (In The World)” to the top of the charts.The single capitalizes on the relatively new introduction of trap into mainstream R&B and relies on an all-to-brief sense of sensationalism. Despite a catchy drum outro, and a much publicized iHeartMedia performance, the track has yet to make a sizable impression. 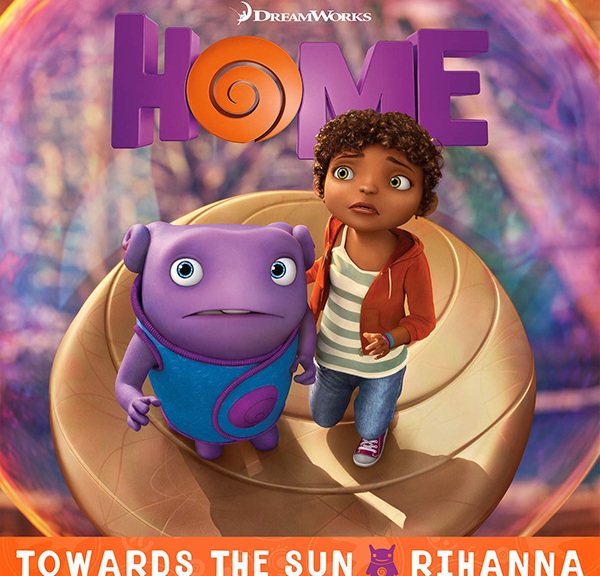 Reaching it’s peak spot of #4 on this week’s Billboard Hot 100, “FourFiveSeconds” offered some respite from the “Great Rihanna Drought of 2014.” With the commercial release of the “Towards The Sun,” however, it seems as though Rihanna has shown even more mercy for her thirsty Navy. The track was released as a single from Rihanna’s voice-acting debut, the animated Dreamworks film, Home. The soundtrack is set to feature several original Rihanna songs, perhaps in compensation for the two years since 2012’s Grammy Award winning, Unapologetic.

A departure from Rihanna’s darker, grittier songs, “Towards The Sun” opens with a falsetto hook that segues into the track’s stomping chorus that recalls Florence + The Machine (who’s confirmed to be sampled on a track for her untitled 8th album). An optimistic yearning for hope in the face of despair, the track lyrically recalls Mariah Carey’s buzz single from 2013’s Oz The Great and Powerful, “Almost Home.” Like “FourFiveSeconds,” the track features a vocally commanding performance in the chorus and bridges; nevertheless, the brief verses undeniably pale in comparison.

With the release of “Toward The Sun,” Rihanna confirms a continuing trend in experimenting beyond her command of R&B, a direction which suggests a more eclectic, audacious direction for the tentively titled, #R8.

Finally, the “Great Rihanna Drought of 2014” is officially over! On Saturday night, the Barbadian native dropped the new single, “FourFiveSeconds” after teasing her fans with Instagram studio snippets of two new tracks, including “Kiss It Better,” and the addictive, “Ain’t None Of This Promised.” True to Rihanna’s word that any new music would be announced via her directly, an iTunes link to the the new track was advertised on her official website with little warning (West did, however, tease the track at last week’s iHeartMedia Music Summit).

Despite Rihanna’s pushing for the track, it’s uncertain whether the cut is indeed the lead single from Rihanna’s much anticipated follow-up to 2012’s Grammy Award-winning, Unapologetic. The sparse, country influenced track features Kanye West and Paul McCartney, who previously made headlines this year after releasing West’s ode to daughter, North, “Only One.” As such, it’s questionable whether “FourFiveSeconds,” which in-itself is a drastic departure from Rihanna’s urban R&B sound, is a release from the songstress’s tentatively titled, “#R8,” or just another single from Kanye West’s own 8th studio release.

Featuring Sir McCartney on a simple acoustic guitar backdrop and organ bridge, Rihanna’s vocals shine on the track’s D major chord progression. A regretful tune detailing wayward partying and its subsequent remorse, the track’s stripped production and instrumentation is an unlikely, yet refreshing addition to the duo’s list of hits. While Rihanna’s return to the studio showcases strong and emotive vocals, Kanye’s own contribution flounders next to the “Stay” hit-maker’s formidable performance with an unnecessary pitched vocal loop underscoring Kanye’s own lackluster singing.

Below is Rihanna’s own viral reaction to the song’s iTunes release:

UPDATE: “This is the first song that my fans are going to hear from the new album.” Can’t help but notice that  Rihanna and McCartney never even look at each other, let alone speak with one another! 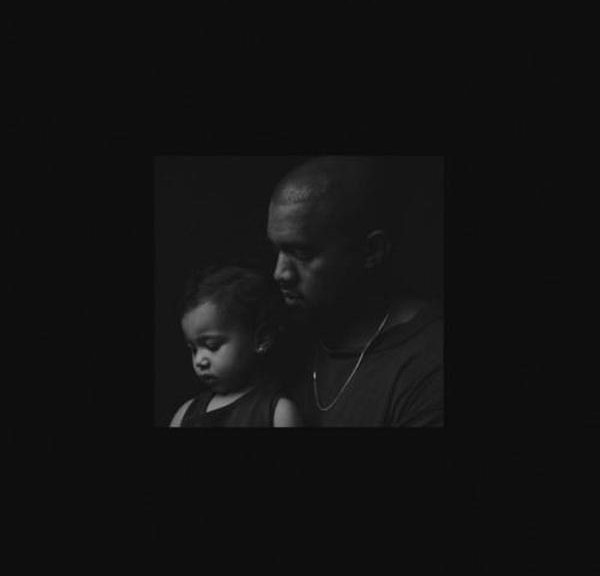 Kanye West’s new material recently made headlines after Seth Rogan revealed in a Rolling Stone interview that the Yeezus rapper rapped his entire follow-up album for the comedian from the backseat of a limo. After the opening lines of the album’s first single, however, any listener would question how well Kanye fared without his trusty Auto-tune.

Opening the new year with one of music’s most unexpected collaborations, Kanye West and Sir Paul McCartney have released, “Only One,”—a minimal ballad featuring McCartney on electronic keyboard and West on, well, Auto-tune. The track recalls 2008’s 808s & Heartbreak, an album inspired by his mother’s unexpected passing and a called off engagement with designer, Alexis Phifer. The single cover and handwritten lyrics posted to West’s official website suggests that the inspiration for this venture, however, is his one-year old daughter, North “Nori” West, with Kim Kardashian.

While the gesture is sweet, the track falls short of what most expect from a Kanye West lead single. While West’s work as a producer is nothing less than impeccable, he’s never been an impressive singer—a point the sensationalist “Only One” proves all too well. Let’s just hope that whatever West has planned for the follow-up to the critically-acclaimed, Yeezus, doesn’t turn out to be 808s & Heartbreak, Part 2.

The latter, which once again recycles Madonna’s penchant for religious imagery, is one of the more assertive mixes off the album’s sampler tracks. True to Avicii’s trademark style, the cut is a mash-up of acoustic guitar-backed verses with a synth-hard chorus warning America’s youth about succumbing to the Devil through drug-fueled escapism and waywardness.

Nevertheless, “Devil Pray” is simply Madonna’s rehashed sensationalism with contemporary production that foreshadows the dance-oriented approach used in 2012’s MDNA and the superior, Confessions On A Dance Floor. While Madonna’s proven she still has the power to destroy hacking attempts, the 56-year old once again falls short of transcending her own monotonous “reinventions” for authentic innovation.